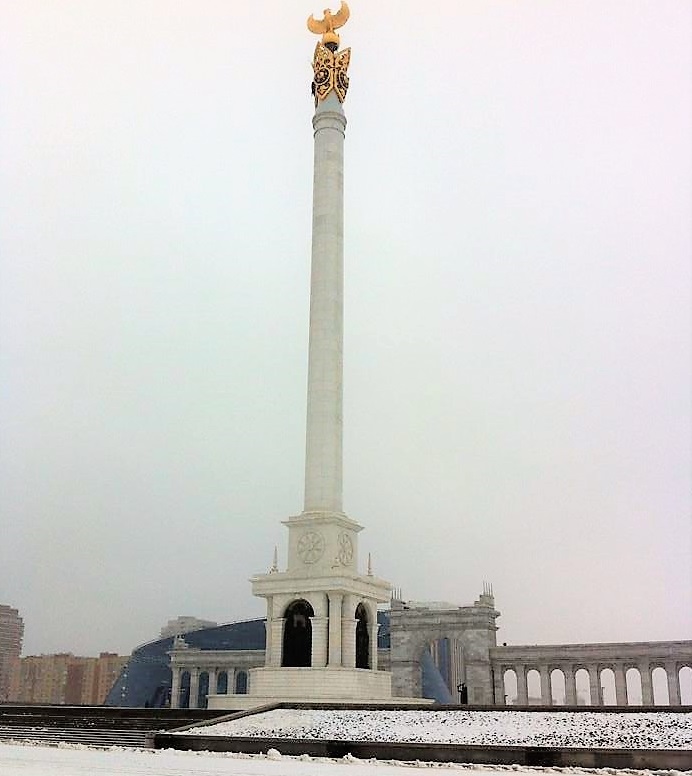 Nur-Sultan, previously known as Astana, is the capital city of Kazakhstan.The city was renamed Nur-Sultan in 2019, after the former Kazakhstani President Nursultan Nazarbayev. Endowed with large minerals and oil & gas deposits, Kazakhstan is essentially a very rich country. Large and intricate buildings and structures are very prominent in Nur-Sultan and the Russian architectural influence in this regard is extensive. The mannerism (or lack thereof) of the local residents appears to be influenced by Russian culture as well. The country gives a very strange vibe but fascinating nonetheless.

We went to Astana (this was before 2019) during a winter season. As you might expect, heavy snow enveloped the entire city. We stayed at the Park Inn by Radisson Astana which was very new with modern furnishings and nice breakfast buffet. The rate for the base room was approximately USD 60 per night which was definitely good value-for-money. To fully appreciate Nur-Sultan, we would recommend Viator’s affordable 5-hour private tour (USD 91).

If you intend to explore the city by yourself, there are many taxis within the city and you can use them to get around. Be aware though, the taxi ‘culture’ here is similar to Harbin. The main landmarks in Nur-Sultan include the following: Large buildings and structures are general features here in Nur-Sultan, and these include hotels and restaurants: We also went to Nazarbayev University, the country’s flagship university which was opened in 2010 and employed many foreign faculty members. The main “square” of the university is gigantic and worth a visit: Purchases made via any of the links on this post may generate an affiliate commission used to support the running of the site.